7.3 Portrait and Genre Painters in Vienna

Portraitists – and also the Rembrandt pupils were employed as such in Vienna ̶ always found customers at the imperial court. We only have to keep in mind that the Flemish painters were favoured here absolutely. From the few Dutchmen who could assert themselves, a good percentage was committed to the Southern Netherlandish way of portraiture. Anselm van Hulle (1601-after 1674), the former court painter of Frederic Henry of Orange, never completely denied his Flemish roots. Ferdinand III took him into his service and Van Hulle had to travel a lot on behalf of the emperor, to paint portraits of other rulers [1].

Vice versa we also hear, that lesser German princes sent their court painters to Vienna in order to portray the imperial couple. The elector of Brandenburg sent Jacob Vaillant and Elector Johann Wilhelm of the Palatine in 1686 the esteemed Jan Frans van Douven (1656-1627); the Empress Eleonora was the elector’s sister by the way, which makes his interest in the imperial family very understandable [2]. The German ambassador in The Hague, Count Zinzendorf, commissioned Carel de Moor (1655-1738) to paint the portraits of the great war heroes Eugene of Savoy [3] and John Churchill, 1st Duke of Marlborough and to send both paintings to Vienna.1 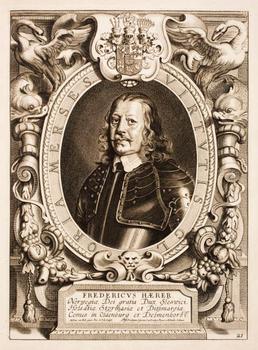 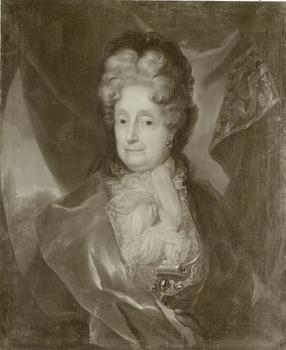 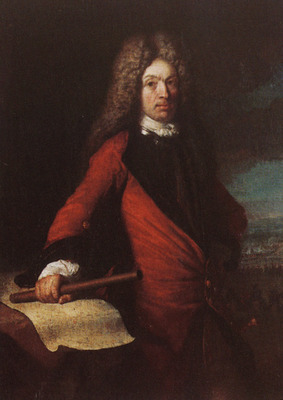 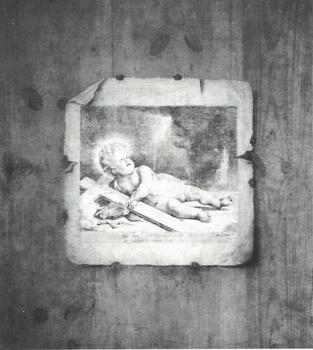 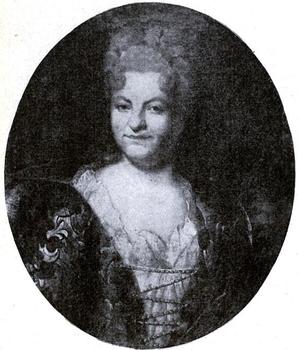 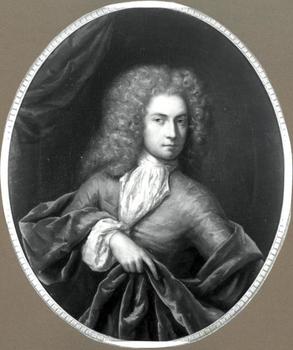 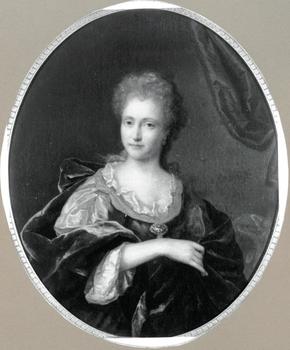 Pieter van Laer did not manage to get a position as court painter. Jan van Ossenbeeck (c. 1624-1674), who painted in Rome in the style of Bamboccio, had more luck. Maybe this was because he had good connections to Flemish artists. In Brussels he had contributed to the ‘Teniers’ Gallery’ (an illustrated printed catalogue of the Italian paintings of Archduke Leopold Wilhelm) [8] and later he was with Nikolaas van Hoy (1631-1679) in Rome, who took him to Vienna in 1669, where he actually became a court painter the next year.4

Ossenbeeck spent 1664 in the imperial encampment at Regensburg,5 where Balthasar de Monconys met him and bought some things from him. Ossenbeeck introduced a still-life painter ‘Corneille’6 to De Monconys, who -- we are not surprised anymore -- knew how to paint excellent ‘trompe-l’oeil’ paintings. This time it was a painting where a curtain was painted in a naturalistic way, that half covered the other objects [9-10].7 Ossenbeeck did not paint exclusively for the imperial court, but also for Viennese collectors like the Liechtensteins, the Wenzelsbergs [11-12] and others.8 He was active as an etcher and a teacher: the daughter of the merchant Wolfgang Wilhelm Prämer (1637-1716)9 tried to work in Ossenbeeck’s manner. We have every reason to assume that Ossenbeeck’s genre paintings in Bamboccio’s style were tamer and more pleasing than the paintings with beggars of Pieter van Laer.10 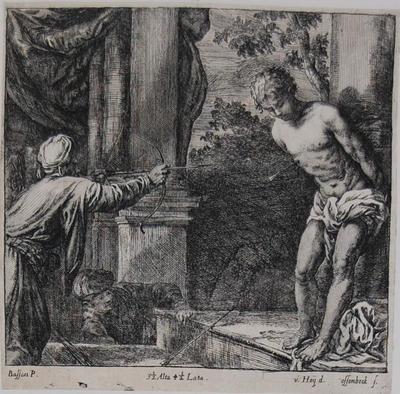 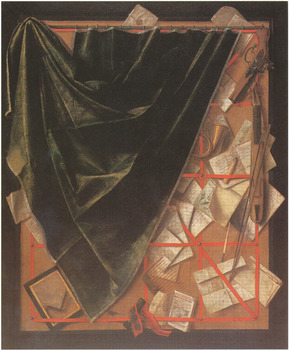 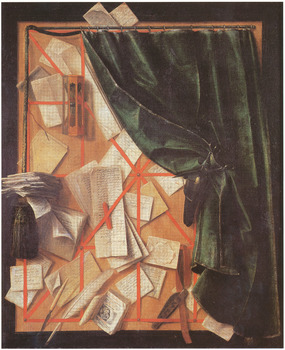 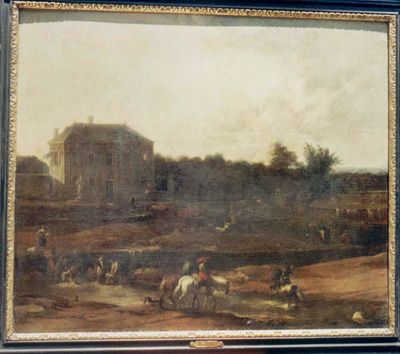 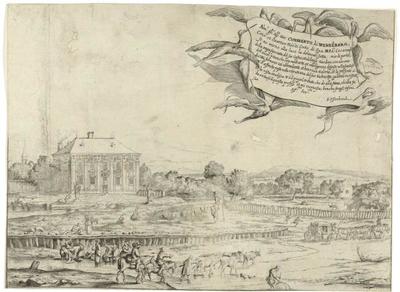 Dutch genre painters are otherwise hardly to be found in Vienna. Martin Dichtl (c. 1639-1710) from Nuremberg made some paintings with peasants in the 1660s and 1670s, that remind one through their stiffness more to the Le Nains than to the Dutch masters [13-14].11 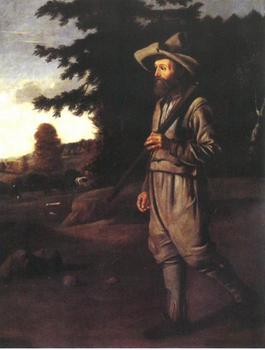 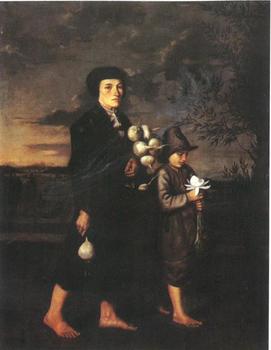 The later Dutch fine painters and history painters Herman Verelst (1641/42-1702) [15-16], Jacob Toorenvliet (1640-1719) and Christoph Toorenvliet and Mattheus Terwesten had more success.12 Especially the Toorenvliet and the Verelst manner found more appeal there. They knew how to process Rembrandt’s chiaroscuro into a pleasing subject and to provide every figure with a fine, smooth surface. The Toorenvliets had, apart from the Imperial house, more clients for the products of their pointed brushes [17-18].13 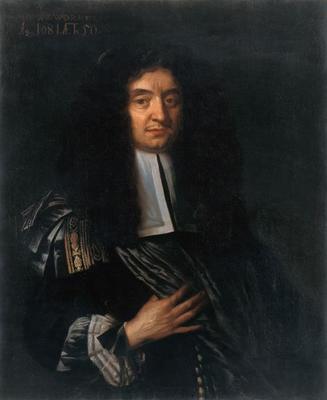 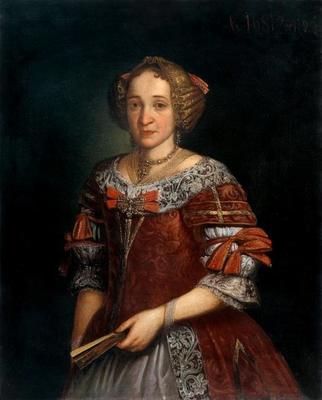 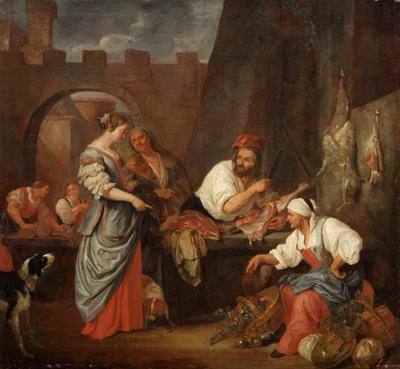 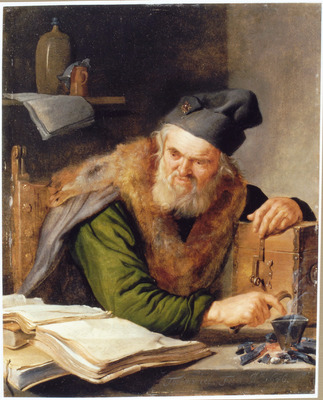 In this context Jeronimus Joachims (c. 1619-1660) has to be mentioned too, who got married in Vienna in 1654 and from whom nothing more is known than a Resting Diana [19-20].14 Johanna Koerten (1650-1715) made paper cut-outs portraying the imperial family and state councilors, which were rewarded with unbelievably high prices.15 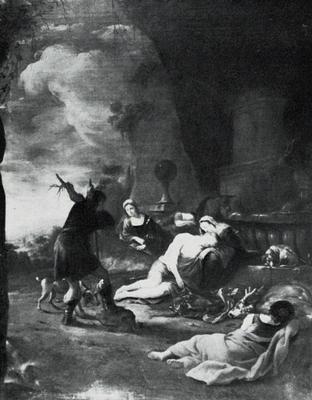 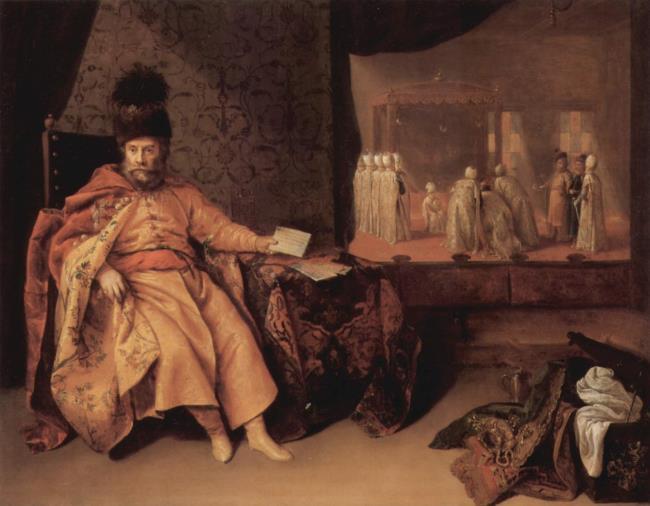 1 [Gerson 1942/1983] Houbraken 1719-1721, vol. 3, p. 345. [Van Leeuwen 2018] A funny story of De Moor painting Prince Eugene in 1711 is also mentioned by Sir James Thornhill, who visited the painter. De Moor told him that he had broken out in laughter at the second painting session and answered Eugene's astonished question about the reason. De Moor asked his highness whether he wanted to change his face or the image, because it was not the same as it was a day or two ago: his beard had grown and was covered with snuff tobacco (Braubach 1963-1965, vol. 5, p. 86-87). If this story is true or not is not sure. What we do know is that Eugene was not satisfied with the 'pretentious Dutchman' and as late as 1718 he gave his secretary Simon Mandacher the order to pay De Moor 150 ducats just to be rid of him, without sending him the 'bad painting' back though. This was still not the end of the story, as De Moor wrote to the prince in 1720, that he was still waiting for the money for the portrait (200 Louis d'or). Jan Kosten, collaborator to the Gerson Digital Project, suggests that the portrait can possibly be identified with the illustrated painting. In as much as the poor reproduction in the auction catalogue of 1996 allows to compare it with the known iconography of the prince's face, the identification seems to be plausible: see the long, egg-shaped face of the prince, the long straight nose with the flaring nostrils, the imperious arched eyebrows and the line drawn in the face.

2 [Van Leeuwen 2018] The information that Jacobus de Baen, son of Jan de Baen, followed a German prince from Rome to Vienna and died there soon, comes from Houbraken 1718-1721, vol. 2, p. 314; no works can be attributed to him with certainty. According to Thieme/Becker Franz de Hamilton was probably identical to a painter who was in Vienna in 1677 and painted Empress Leonora (Thieme/Becker 1907-1953, vol. 15 (1922), p. 552-553). However, no portraits of Franz de Hamilton are known to us at all. The trompe-l’oeil illustrated here must indeed have been painted in Vienna and harks back to the composition of Stosskopff of 1651 in the imperial collection (RKDimages 287676).

5 [Van Leeuwen 2018] The Perpetual or Eternal Diet of Regensburg (Immerwährender Reichstag) was a permanent Imperial Diet (Reichstag) of the Holy Roman Empire from 1663 to 1806 seated in Regensburg in present-day Germany (https://en.wikipedia.org/wiki/Perpetual_Diet_of_Regensburg).

7 [Van Leeuwen 2018] Illustrated here are two paintings from the same year, which fit the description.

8 [Van Leeuwen 2018] Johann Cunibert of Wenzelsberg (1614-1683) had several functions at the court of Ferdinand III and Leopold I in Vienna and was an art collector.