5.3 Still-life and Architectural Painting in Frankfurt

Jacob Marrel (1613/14-1681), a pupil of Georg Flegel, went to Utrecht around 1630 [5], where he was taught by Jan Davidsz de Heem and married in 1641.2 In 1651 he must have been back in Frankfurt [6], where he married for the second time, Johanna Sibylla Merian, the widow of the engraver Mathäus Merian I (1593-1650), who had died a year before. His stepdaughter Maria Sibylla Merian and her future husband Johan Andreas Graff (1637-1701) were among his pupils, as was Abraham Mignon (1640-1679), with whom he went to Utrecht once again in 1664.3 Marrel was not only active as an artist, but also as an art dealer: this means he served the Dutch-German cultural exchange twice over.4 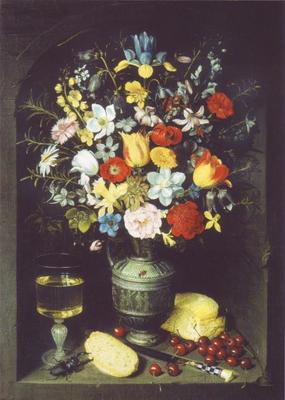 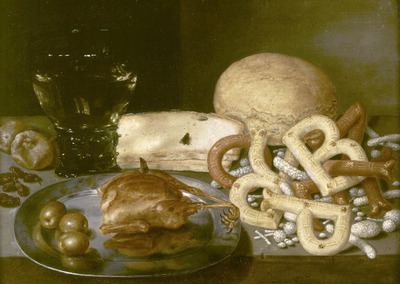 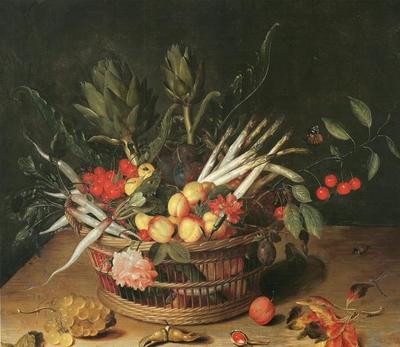 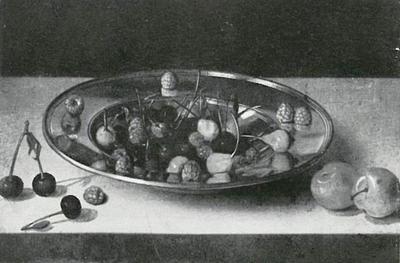 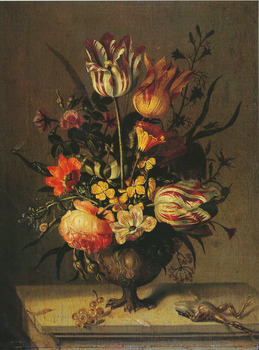 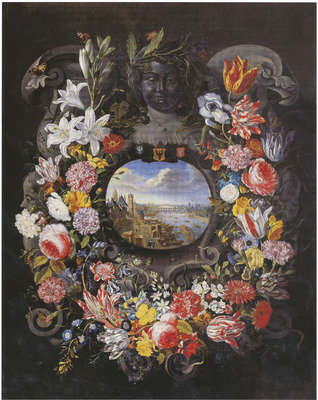 Abraham Mignon stayed several years in Utrecht and returned in 1676 to Frankfurt.5 His late works are closer to the magnificent still-lifes of Jan Davidsz de Heem, his second teacher, than to the unpretentious paintings by Marrel [7]. Both, Mignon and Marrel, became completely ‘Dutch’ and got rid of the last touch of German style. Mignon is thought to have taught Ernst Stuven of Hamburg, thus the Dutch style was passed on from a German to a compatriot, who in his turn settled in Holland.

Johann Wolfgang Rorschach (from Rorschach, c. 1655-1730) lived in Frankfurt for a long time and painted exuberant compositions in the taste of Abraham Mignon [8]. The flower painter Jacob Campo Weyerman (1677-1747) [9] related how he was robbed on his way and only reached the town of Frankfurt with some difficulties. There he painted for the dukes of Hanau and other art lovers.6 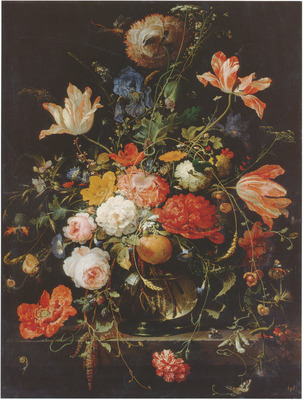 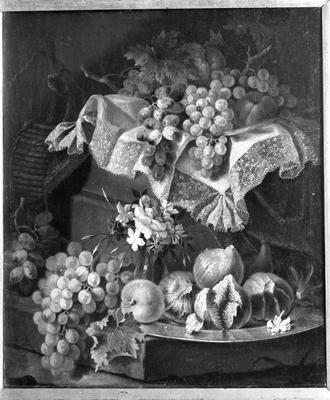 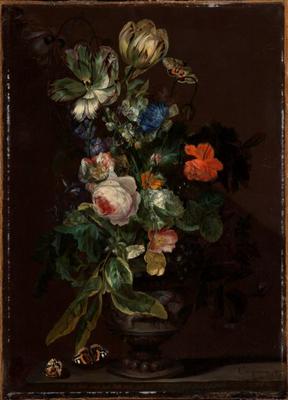 Alongside these popular representatives of the Dutch flower piece, Wallerant Vaillant also deserves to be highlighted once again. His repeatedly mentioned trompe l’oeil, the letter rack of 1658 (the year of the emperor's coronation), belonged to David de Neufville (1623-1684) [10], where it was seen by Balthasar de Monconys (1611-1665). It is a fine example of the type of Dutch illusionistic art, so much sought-after abroad [11-12] .7 Another work, a hunting still-life, shows the celebrated portrait painter from a different angle, which also must have been appreciated [13-14].8 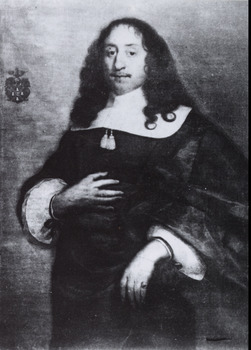 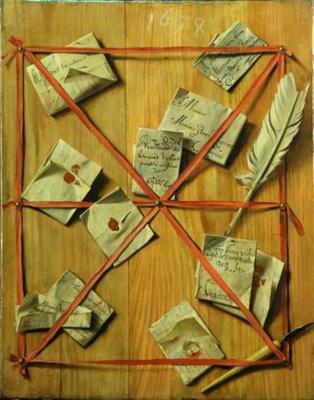 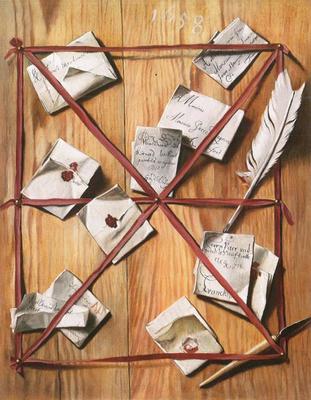 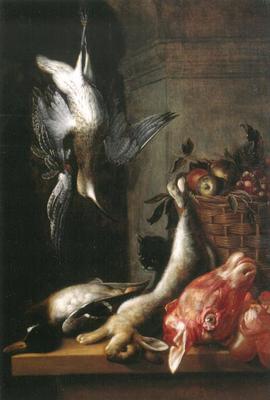 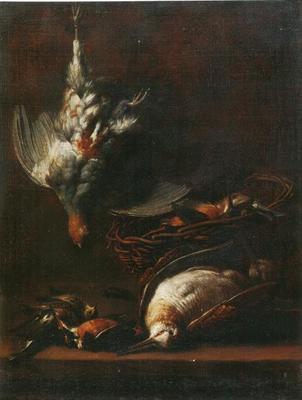 We only know of three architectural painters who worked in Frankfurt: Hans Vredeman de Vries, Hendrik van Steenwijck I (c. 1550-1603) [16] and Hendrik van Steenwijck II (1580-1640) [17].9 Despite their Dutch origin they belonged rather to the Flemish rather than the Dutch circle. We mention them because the church interiors of both the Steenwijcks, of whom the younger was also active in The Hague, represent a universal Dutch type. Moreover, they found their German imitators in this town.10 In a London auction of 1930 two church interiors were sold from an unknown Stockler, who could very well have been a Frankfurt artist [15].11 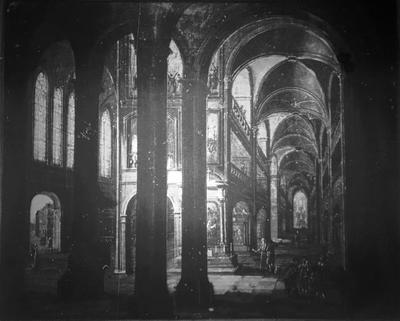 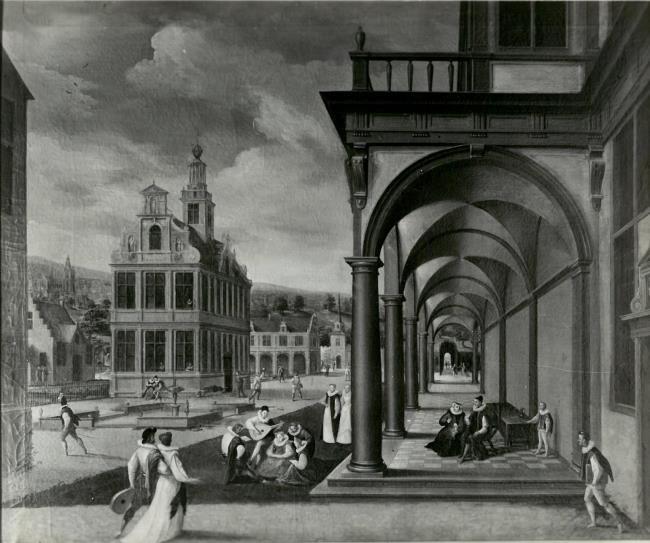 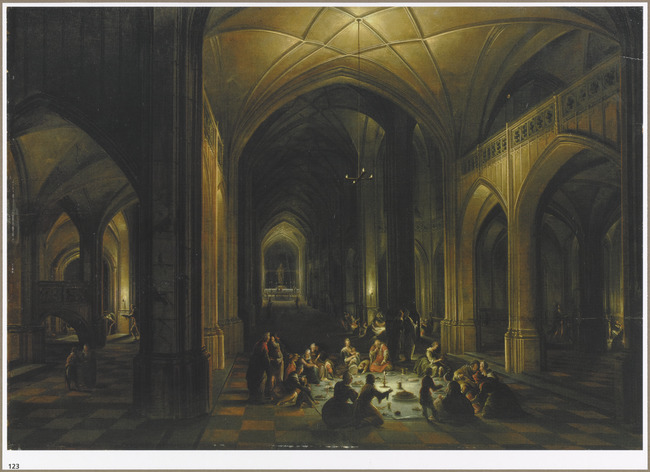 2 [Gerson 1942/1983] In many publications, f.e. Utrecht 1933 , it is stated that Marrel learned in Antwerp from Nicolaes Verendael and Jan Davidsz de Heem. But De Heem can only be traced in Antwerp from 1636 on. There is a painting by Marrel that is inscribed ‘Jacobus Marellus fecit Utrecht Anno 1634 (Centraal Museum, Utrecht) [illustrated here, RvL]. Like most of his paintings, it does not look Flemish but Dutch. It is not particularly reminiscent of De Heem but of earlier still-lifes, perhaps by Roelant Savery or Ambrosius Bosschaert. Maybe he went at a later stage to Nicolaes Verendael in Antwerp. [Van Leeuwen 2017] The painting of 1634 was on loan to the Centraal Museum from the Rijksmuseum Amsterdam at the time. In 21 November 1641 Marrel married Catharina Elyot, daughter of the goldsmith Francois Elyot. She died in Utrecht in 1649 (Ecartico).

3 [Van Leeuwen 2017] Marrel probably went several times to Utrecht between 1659 and 1669, probably as a merchant in tulip bulbs.

7 [Gerson 1942/1983] Gemäldegalerie Dresden, no. 1232. On the envelopes addresses of Isaac Mouton, Prince Jean Maurice de Nasau, Vaillant and Neufville. [Van Leeuwen 2017] Seen in Frankfurt by De Monconys on 14 January 1664, according to Gerson at the house of David de Neufville. However, it is not clear where he saw this painting; it also could have been with Jacob Marrel, who is mentioned in the previous paragraph of the source Gerson used (De Marsy 1880, p. 42-43). However, David de Neufville and his twin-brother Peter (1623-1691) are mentioned on the letter at the lower right of the painting, which make him a candidate as the client for this painting, and De Monconys did visit David de Neufville on 7 January 1664 (De Marsy, p. 41). David de Neufville was a third generation migrant and merchant from a noble family of Antwerp. In an auction in 1985 (Sotheby’s New York, 1985-06-06, no. 13) an identical version of Vaillant’s painting of 1658 emerged (auctioned again Sotheby’s New York 1991-01-10, no. 43). The hypothesis that this second version was intended for Peter de Neufville (from two brothers, to two brothers) seems plausible.

9 [Van Leeuwen 2017] Steenwijck II took over the workshop of his father in 1603. Howarth 2012. The illustrated painting of Steenwijck II probably originated in Frankfurt.