2.4 Art Trade and Collectors in Hamburg

The commercial city of Hamburg was also a town for the art trade and for collectors.1 The many copies after Goltzius indicate that his prints were widely available. We know for example that Frans de Momper (1603-1660) sent paintings there to be sold. The servant of the stock exchange took on the job to sell the goods to the customers.2 Karel van Mander I already was familiar with Dutch paintings of Cornelis Ketel and Geldorp Gortzius in Hamburg collections.3 Jacob de le Boë, brother of the Leiden Professor Franciscus de le Boë Sylvius (1614-1672), lived in Hamburg and inherited his brother’s collection in 1672, with paintings of Gerard Dou and Frans van Mieris.4

When the French legation secretary Charles Ogier (1595-1654) in 1636 visited the Hamburger painter of perspectives Gabriel Engels (1592-1654),5 the latter emphatically referred him to the painting collections of the Dutchmen Mathis Bode and Jan van de Wonner, who had settled here. Ogier saw paintings of Crispijn van den Broeck (1524-1589/91) [1] and Abraham Bloemaert (1566-1651) in the collection of a banker Heinrich Schmidt.6

In 1692 the Dutch physician Anton Verborg (Ϯ1724) not only brought his medical and anatomical collection to the Hanseatic city, but also his art treasures. When his legacy was sold in 1731, many artworks were bought by the famous collector M.F. Stengelin.7 Zacharias Conrad von Uffenbach (1683-1734) [2] came to Hamburg in 1710 and visited several collections and art dealers. He was particularly impressed by a bundle of 370 sheets in the collection of Mr. von Lochau ‘representing nothing but flowers and plants […] after nature, incomparably painted in oils by a Dutchman’ (in translation).8 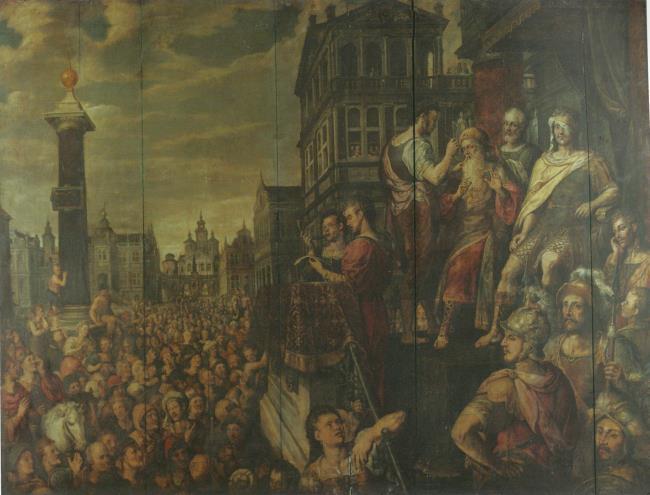 When Johann Heinrich Tischbein (1751-1821) came to Hamburg as a young man in 1766, his eyes were opened to the beauty of the old masters for the first time, which were here in abundance, ‘although there used to be even more [art collectors] earlier. At the time when the Reformed emigrated from Brabant, they brought wonderful treasures of paintings by the greatest Netherlandish masters there… An old dealer in paintings told me that in his youth he bought the best paintings by Rembrandt, Rubens and Van Dyck in junk shops. Family portraits from the best painters came to Hamburg at the time, but from thence sent to other towns and lands by art dealers. This is how a large part of the most beautiful paintings ended up in the galleries of Brunswick and Cassel’ (in translation).9 At about the same time, just to mention an example from this period, Johann Gottlieb Prestel (1739-1808) published facsimiles after Dutch drawings from the collection Gerhard Joachim Schmidt (1742-1801) [3-4].10 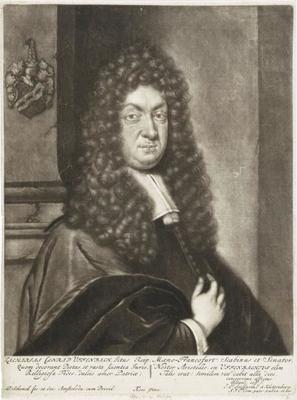 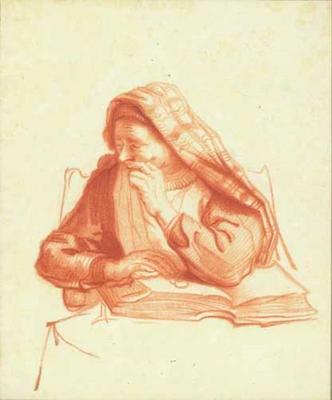 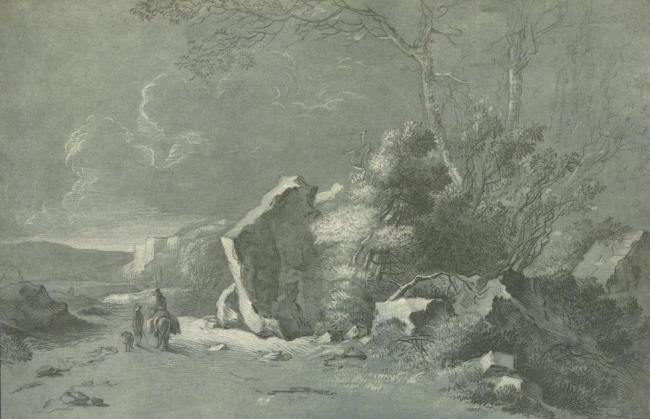 2 [Gerson 1941/1983] Notary H. Trilsma 1662. Note from Dr. A. Bredius. [Van Leeuwen 2017] Gerson wrongly states the name of the Amsterdam notary in Bredius’ notes as H. Trilsma instead of Hector Friesma. In an act of 6 October 1662 Friesma claims, in the name of Philips de Momper, who acts as a warden for the minor children of the late Frans de Momper, an unspecified amount of paintings from a certain Dirck Albrecht, clerk of the Hamburg stock exchange. Frans de Momper apparently had given these paintings to Albrecht to sell in Hamburg before his demise. The original acts and deeds of notary Friesma are kept in the Amsterdam City Archive (text: Jan Kosten).

6 [Gerson 1942/1983] Schottmüller 1910, p. 252-253. [Van Leeuwen 2017] The painting by Crispijn van de Broecke is described quite clearly by Ogier: ‘This depicts the history of Seleucos, the law-giver of Locri, who initiated blinding as the punishment for adulterers; when his own son was the first to sin against the law, he had one eye of his son put out and one of his own; a large assembly of people witnessed the gruesome spectacle. It is painted by Crispijn van den Broeck Paludanus for the City of Antwerp; as spoil of war it was offered to the king of Denmark; when he didn’t want to pay the high price, it eventually found its way to a buyer [=the banker Heinrich Schmidt] in Hamburg; it’s value was put at 5,000 guilders’ (translated from the German text in Schottmüller 1910, p. 252). The description fits perfectly to a large panel that surfaced at the auction London (Christie’s) 19 April 2000, no. 66, as attributed to Crispijn van den Broeck.